Men: Use Your Gender Norms for Good 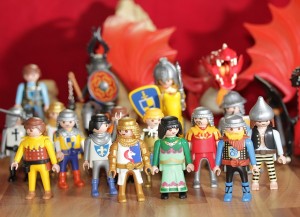 Over the last 18 months I’ve been travelling to different venues to give talks on the Women in Technology Retention Project. The audience has been women and some men. The ideas resonate with women but men also want to know what they can do to help. As one male manager said, “All the men on my team hear is that they are the bad guys, have all the power, behave badly, and are the problem.” He loved it when I said, “Men need to redefine how to be a hero, how to twist their habitual behavior so they can be the good guys again.” So, Men let’s see if we can use male gender norms for good!

Behavior change is hard for everyone. We all fall into stereotypical behavior without realizing it. We all end up with habits of interactions, assumptions, and values installed by parenting, media, the schoolyard, and institutions—and yes, we can work on institutional change. But the people who work in tech companies now are fully formed. The nature of unconscious bias or even habitual behavior is that it is unconscious—so telling men to stop doing what they aren’t aware of only makes them feel bad and powerless. We need to come up with easy interventions in behavior and thought that can help now?

Over the years I have learned that it is easier to get people to tune their behavior than stop a habitual behavior cold. If we present an alternative behavior, or twist what people already do through reframing, people can adopt it. The most basic lesson of psychology vis-à-vis behavior change is to identify a replacement behavior and reward the new behavior. Punishing or admonishing unwanted behavior with no alternative simply doesn’t work.

Similarly, reframing the situation that kicks off a habitual response also stops the automatic reaction. These ideas have been built into Contextual Design—the idea of apprenticeship to teach interviewing, for example. Much of my approach to stimulating individual behavior change in myself and teams is to reframe what we tell ourselves about situations and others. Then when the new behavior is actualized and rewarded by others it sticks! (Read Crucial Conversations: Tools for Talking When Stakes Are High.)

What if we reframe typical male behavior and values to see if we can tune them? The core of women’s experience is their experience in their team and the interactions with men at work. We begin there.

Be a Sports Team

One of the most basic requirements for women’s happiness is to be part of a dynamic, valuing team. Women thrive in an exciting work-focused team and/or partnership. They lead, follow, feel valued, and can talk about life outside of work. So how can we leverage basic male team behavior to help make that happen?

The culture of the team is the most powerful intervention point because it affects everything about the experience of everyday life. Even if the culture of the company or the CEO are not diversity friendly, every individual on a team producing a product co-creates the product team culture. It is these everyday interactions with the folks we work with that truly matter.

In any culture, some actions are accepted and some are frowned upon. People who don’t fit are effectively kicked out by ostracization. Our goal is to create a product team culture that feels valuing and inclusive, that accepts and pumps up the members. Then everyone thrives.

Let’s take a page from sports. As soon as a sports team gets a new member he might be razzed but in reality he is immediately accepted. In the world of sports, your team is paramount and always better than any other team (think Red Sox vs. Yankees). No member of the team disses his own—only the other. When your player strikes out you aren’t jumping down his throat telling him he is bad because you know he’s busy hating himself. What do the team members do? They punch him on the shoulder and tell him it’s ok, he will do better next time. They externalize the blame by focusing on the bad pitch instead of the swing. In other words, they let him know that the team has his back.

I saw this being socialized when I was watching 4-year kids play a T-ball game. One little kid went up to bat and struck out. Immediately he was surrounded by the teammates who told him it was a problem in the ball, or the T-ball stand, or the grass.

They told him he would do better next time. After each play the team surrounded the player who had put himself forward for the good of the team and minimized his self-flagellation. They helped the batter let go of that play so that he could have the courage to go to bat again. No one told the kids to do this—they knew how to support each other.

Minimizing an error doesn’t mean that the player doesn’t analyze the play or practice hitting. It doesn’t mean that later they won’t examine the batter’s style to improve it. But in that moment the team’s behavior says, “We believe in you, you can do this, you are ok. You are a valued member of the team.” It is this communication of value that allows them to look at the work, improve, ask for help, practice, and keep going. And that is exactly what women and all team members really need.

If you doubt me read Theo Epstein’s speech at the Yale graduation talking about the inside experience of the Cubs amazing win in last year’s World Series. It’s all about the team culture pulling together to create the energy for them to regroup and win.

Sports are all about team. So Men, when any person is hired into the team—whether a woman or a person from an underrepresented group—fold them in, have their back, buck them up. Make space in the work so they know how to contribute. Communicate value always and be there to help them improve. You are a team so be one—and you will all win! Men we want you to keep the good part of the sports team—but you must leave behind locker room behavior. I have a sneaking suspicion that when a bunch of young men get together they fall back into habitual boy-bonding behavior: goofing around, ogling women, playing “who’s on top”, etc. Locker room, bro, or frat behavior comes with a code rigidly enforced through ridicule, ostracization, and wild fun. When that situation is recreated by simply putting a bunch of guys in a room together it pulls adolescent habits from the frat house, sports locker room, the sports fan, or gaming fun night out.

The idea that our behavior is associated with a situation that pulls for it is another well documented psychological principle, something the Milgram studies putting college kids in the role of jailer and jailed so horribly showed. Closer to home, it’s not much different than when adult men or women return to their childhood home and parents, only to feel pulled into the parent-child role again. The setting—physical and social— pulls for the traditional roles, the jokes, the irritabilities, the behavioral habits which were part of childhood. When enough of the context repeats old habits are triggered. Men, you would never bring that locker room behavior out to a social event with women; in that setting your competing gentleman role behavior would be pulled. Indeed I have seen the dynamics of a team change just by putting multiple women on a team—the tone shifts. It becomes public and professional. But in tech we don’t have enough women to go around to naturally balance the teams.

So, let’s reframe chivalry to start to combat negative male behavior. In the Middle Ages a code of chivalry was established for knights. Chivalry was defined as a code of honor that emphasized bravery, military skill, generosity in victory, piety, and courtesy to women. It was created explicitly to counteract negative behavior that group of fighting men might fall into. They too knew that if you want to create a new culture, a new norm of behavior had to be established and associated with a powerful value. To be a knight meant to act with honor. And although they might not say it that way I’ve met a lot of tech men who carry this code under their skin. They have a sense of right behavior that we can borrow. A code of honor for a tech team and its members.

What could our code be today? Let’s keep the generosity, or rather humility in the face of success. Let’s keep the courtesy to women but extend it to all people. But let’s redefine bravery. Bravery is the courage to stand for decency, to face down others who do not exhibit that standard. Men with modern bravery model respect and acceptance of all people. They are leaders that stand for professionalism and decency in all interactions and conversations. They have the chops to ostracize—spit out—any man who demeans or sexualizes women or denigrates anyone, anytime, anywhere. Will it be hard to do this alone, Men? Sure, so band together—on any team there will be more than one man who adheres to a code of decency. Like the Knights of the Round Table put up your collective shields when any person exhibits bad behaviors—and if you are a manager make it an explicit standard for your people.

True courage happens when you stand for decency and respect of all in every meeting and within the team. Write it in your Agile team manifesto. Create a team code of behavior. Hang it on your wall and point to it in the face of violations; stop the meeting and address the wrong. Do it together. Don’t let the women hang out their alone—remember you are a team.

Men, if you want to be the hero, if you want to feel the pride of the dragon slayer you read about as children, you must explicitly leave behind habitual adolescent behavior so often found in the locker room, the frat house, the poker game, and the gaming night. Band together to ensure all are emotionally safe and respected.

Value and safety is at the root of any woman—any person—giving their best. Then knowing that she is valued and emotionally safe, your team will be amazingly productive and creative. Men, this is in your power, your heroism, your bravery today.

And I know it works because I have had so many of you by my side for 30 years.

Women you may find yourself bristling about now. Of course, we can be strong and take care ourselves. But remember I’m talking to the men and we want them as allies. I’m trying to use a fun frame to help men live by a set of standards that we all want! And I’ll let you in on a secret, men want to be that great knight. Once we had to go up against a competing group in a tech company and to prepare the men on my team wore white and brought a play sword!

So, Men you can be the good guys. And many women in my interviews have told me stories of some of you doing exactly this! You may collectively be part of the problem but individually you are an integral part of the solution. When a team is mostly male, then Men, you are making the team culture. Own it. Be responsible for it. Make it the best of the sports team and behave guided by a code of modern chivalry. Let’s have some fun with this!